At the Richmond Legion starting at 1:30pm

Join history buff Shaun Peppy for his presentation focusing on the political history of Carleton County and some of its more interesting candidates, representatives and elections over the years. Shaun Peppy has degrees in Political Science and has worked much of his career in parliamentary affairs. As well as Vice-President of the Goulbourn Township Historical Society, Shaun is often found at local events in authentic costume as his alter-ego Colonel George Thew Burke (Carleton County’s 2nd elected representative from 1821-1828). 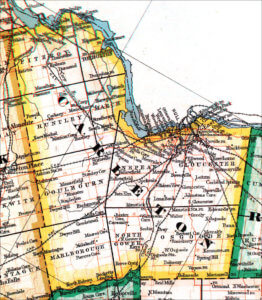 The electoral district of Carleton has played a fascinating and important part in the political history of Canada for over 200 years. Carleton County has had its own seat in the elected legislatures of Canada since 1820, following the establishment of the first settlements in the area.  Carleton was host to many colourful candidates, several of whom are very important and well known in Canadian history. Like any federal election, there have been times when the issues debated were of a very local nature and others when Carleton was swept up in the national issues of the day

Join Shaun Peppy for this presentation on Saturday, October 19, at 1:30, at the Richmond Legion, 6430 Ottawa Street West, Richmond, ON, K0A 2Z0. This event is free and open to everyone. There is plenty of parking and free refreshments.